A graduate of the Institut d'Etudes Politiques of Paris and HEC, Xavier Ouvrard founded the company MILONGA in 2001, which he headed until 2011. The company was then the leader in the distribution of musical instruments in France and was at the forefront of education.  He then joined SODEXO group (2012 – 2016), where he was successively responsible for the international development of the Personal & Home Services division (2013), then Managing Director of the Child Care and of the Crèche Attitude company. In December 2016, he joined Babilou Family as Managing Director for the Middle East Region, before being appointed Group Managing Director in November 2017. Over the past three years, he has actively supported and led Babilou Family’s transformation and development, alongside its founders and co-chairs Rodolphe and Edouard Carle.

With the support of Antin Infrastructure Partners which acquired an equity stake in the company at the end of 2020, the Group enters a new stage in its development, enabling it to strengthen its service offering in France and continue its international growth. Eager to contribute to the achievement of an extremely innovative educational curriculum, Xavier Ouvrard, in collaboration with his teams, also intends to further develop synergies between different approaches to childcare in order to draw upon the best of each culture. 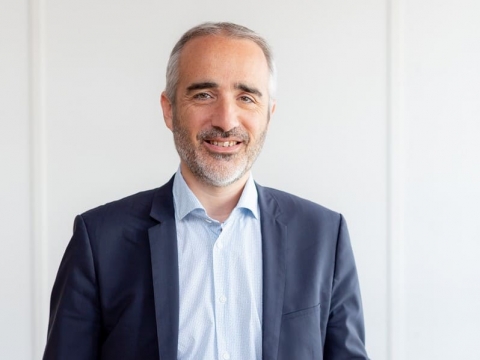 Chairman and CEO of Babilou Family

"It is a true honor to have been appointed Chairman and CEO of Babilou Family. I am most grateful to our shareholders, and first and foremost sincerely thank our founders, Rodolphe and Edouard Carle and Antin infrastructures Partners for their support. I wish to reiterate what a pleasure it is to work with all of the employees here at Babilou Family, who on a daily basis give their all to the families and children we welcome, and care for. Having spent four years working in partnership with Rodolphe and Edouard Carle, I am dedicated to ensuring the continuity of Babilou Family’s entrepreneurial success through three key pillars: striving to create the great and innovative academic curriculum to which children around the world aged 0 to 6 aspire; fostering a unique and proactive managerial culture in which lie the seeds of solid and sustainable growth; and continue building towards an economic and social balance that will bring about long-term success. I would also like to take this opportunity to applaud the members of the Babilou Family Executive Committee and reiterate my confidence in their ability to successfully face the challenges that the deployment of our development and innovation strategy may bring our way. Together, we form a strong and passionate team at the service of sustainable education and the well-being of children."