We are a family-owned group with a special style of governance. We partner long-term with like-minded entrepreneurs. We share our knowledge and experience of childcare and early years education with each of them, and provide quality management expertise and ongoing support.

Our partners leverage our methodology and adapt it to suit their local needs and expertise. We don’t impose a French curriculum – each country selects and combines the best of all curriculums.  We exchange best practices, we help them develop the most appropriate pedagogical approaches for their market, and we bring tools and insights for continuous improvement. 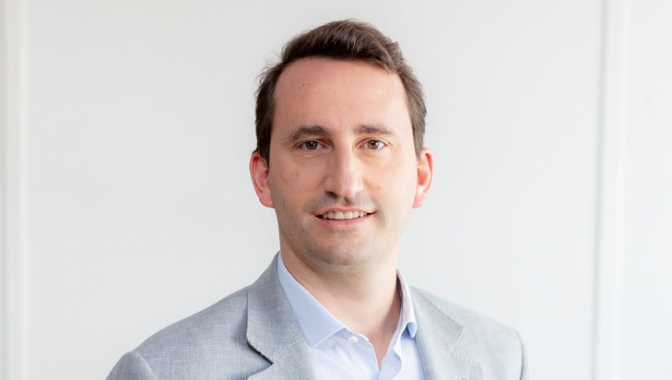 Rodolphe Carle is 43 years old and the father of 4 children. In 1999, after completing his MBA at ESSEC business school in France, he began a career in investment funds at Net Partners in Milan, followed by Morgan Stanley and Global Retail Partners in London.

In 2003, to respond to the lack of childcare solutions for under-threes in France when birthrates and women in employment were among the highest in Europe, Rodolphe Carle founded Babilou with his brother Edouard Carle.

In 2014, he moved to Munich, Germany to lead the European development of Babilou and stayed for four years. Since returning to France and until January 2021, Rodolphe Carle has acted as president of Babilou Family and managed the Group Executive Committee with his brother Edouard. He is one of the founding members of the FFEC, the French Federation of Day-Care Businesses, an elected representative of the Growth Management Committee. 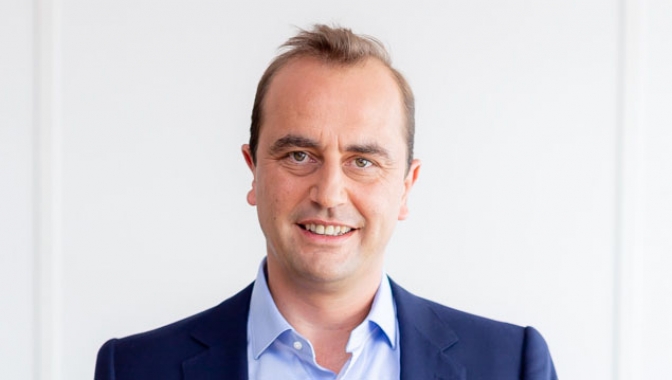 Edouard Carle is 41 years old and the father of 4 children.  He qualified at the ICOGES business school in Paris with a specialty in marketing.

In 2003, Edouard Carle decided to found Babilou with his brother Rodolphe Carle. As Director of Development and Director of Human Resources, Edouard Carle took charge of the commercial development of Babilou with local municipalities, the recruitment of childcare professionals and the guarantee of the Babilou Family image. As General Manager of the Group, he continued to develop and managed partnerships with local municipalities and businesses around the world.

As president of the Babilou Foundation he continues his engagement for future generations. 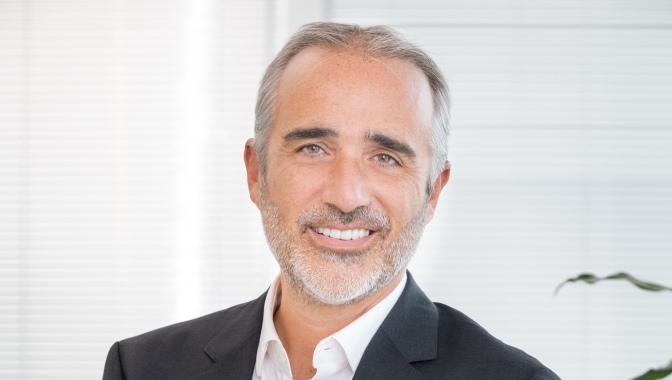 Chairman and CEO of Babilou Family

A graduate of IEP Paris and HEC, Xavier founded Milonga in 2001 and managed it until 2011. The company was then the leader in the distribution of musical instruments in France and number 1 in education.

He then joined the Sodexo group (2012 - 2016), where he was successively in charge of international development for the Personal & Home Services division (2013), then General Manager of the Child Care division and the Crèche Attitude company.

An expert in the education and early childhood sector, Xavier Ouvrard supported the transformation and development of Babilou alongside the founders Rodolphe and Edouard Carle and strives today for a reinforced service offering in France and international growth acceleration. 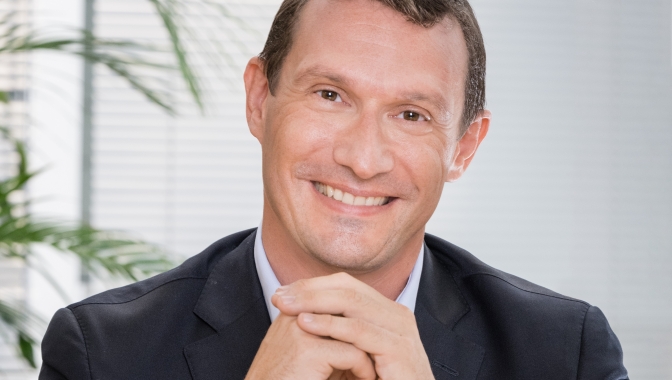 Damien Martin holds a dual degree in Arts and Crafts engineering and a master's degree from ESSEC. He began his career at KPMG. He audited major industrial groups such as Siemens, Eurotunnel and Philips.

He then moved to KPMG's transaction services department where he was able to support numerous acquisitions. In 2011, he joined a project to merge 3 companies in the online travel industry (Go Voyages, Opodo and eDreams), which became Odigeo. Damien Martin was involved in this merger, in particular by creating and structuring a joint finance function.

In 2015, he joined Babilou to support the group's growth, particularly internationally. 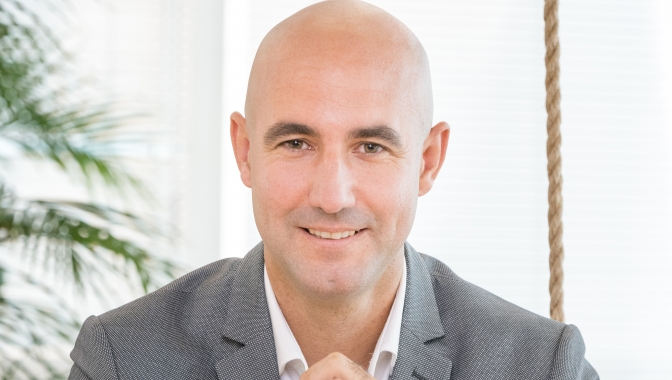 A graduate of Kedge Business School, Benoit Lamézec began his career in the field of e-Marketing and e-Commerce at Milonga, and then turned to the hotel sector by joining the B&B Hotels group.

After having been in charge of the development of online sales in France, he took up the position of Marketing & Distribution Director in 2014 to develop the performance of the sales channels and the brand's visibility. In 2016, he was appointed Director of the B&B Hotels Group's digital activities to launch new digital services and optimize acquisition and loyalty strategies in a context of strong internationalization and competition. 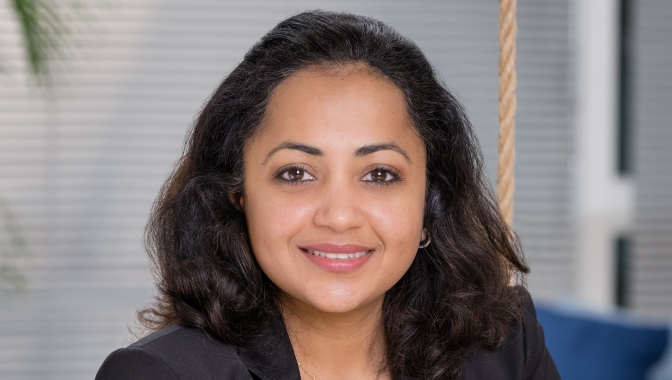 Amelio was launched in 2008, when Sridevi moved back to India after graduating from Harvard Business School where she incubated the idea of creating daycare centers within corporates during her MBA.

She regularly speaks at industry conferences and on entrepreneurship panels, and mentors college students in their career choices.  Sridevi also loves travelling and reading. 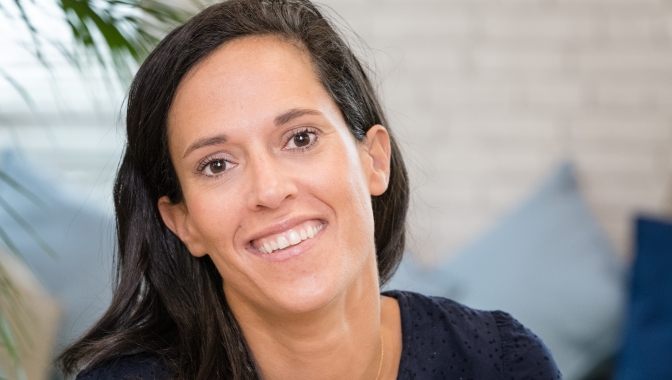 Caroline, trained in Business Education, is deeply passionate about human relations, with a curiosity and keenness to learning different human approaches. She started her career in the Industry to co-construct an HR Department and accelerate the momentum of HR development before joining Babilou France in 2011.

At Babilou, Caroline has driven the creation of high-impact local HRBP positions in each region in France before taking over HR responsibility for the HQ, and supported the first phase of Babilou's growing organizational transformation. Caroline joined Group team in 2018 to create the People & Culture Department. Through her initiatives and convictions, Caroline supports our Group & Country Leaders with realigning their organisations, placing People and the Babilou Family DNA at the core, taking care of our multi-cultural pan-geographic teams, and implementing a cohesive HR Strategy and Policy. 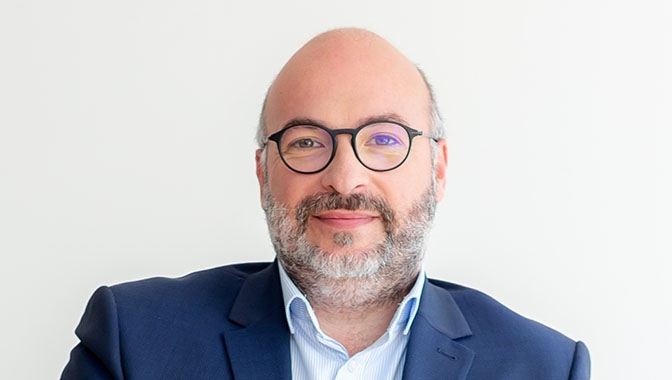 Graduated from the French Conservatoire National des Arts et Métiers, Vincent started his career in various pediatric intensive care units before becoming a nursery school Director, then an Early Childhood Coordinator, to ultimately join Babilou Group in 2014 as a nursery administrative Manager.
In almost six years, Vincent came to show all the strength of his talent: first as nursery administrative Manager, then as District Manager, Territory Director and Executive Director for the Eastern Ile-de-France region.

Vincent is an exemplary manager whose qualities are unanimously recognized by his peers. Passionate about the early childhood profession , he has ensured the educational blossoming and the performance reinforcement of our nurseries. 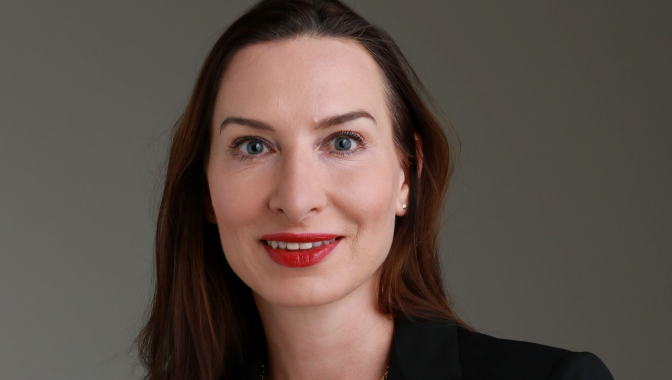 Nadine Loidl holds a M.Sc. degree in electrical engineering and information technology as well as an Executive MBA. She began her career at TÜV Rheinland in Japan, where she managed lifecycle management projects globally. Nadine Loidl then moved to India to set up a German food processing plant from scratch on. Within six years she scaled the profitable company up to 80 employees and won the AIBCF award. In 2014 Nadine Loidl returned to Germany managing take-back schemes for automotive and electronic goods in Europe and set up a nationwide sustainability project in Vietnam.  Afterwards she managed a successful company launch in the e-mobility industry providing charging solutions for industrial applications. Nadine Loidl joined the Babilou group in June 2022 as CEO of Babilou Family Germany. 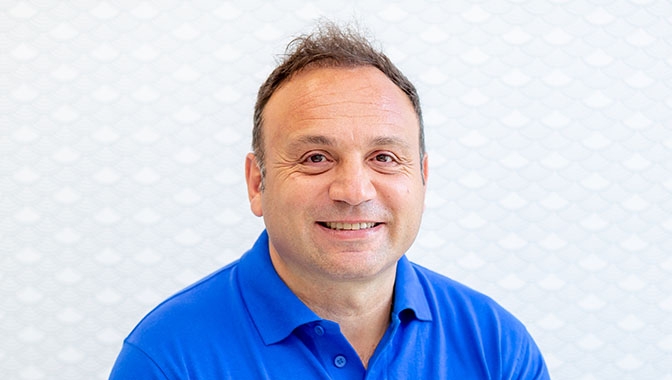 After obtaining his engineering degree in Business and over 15 years experience in the industrial field as Region Director, Fabrice has partnered with a friend who ran nurseries in Luxembourg.

It was a real opportunity for him to reorient his career towards the early childhood and he developed the activity to reach 23 daycares. Thanks to the successive purchases of networks of nurseries, Babilou Family becomes the 1st network of nurseries in Luxembourg. 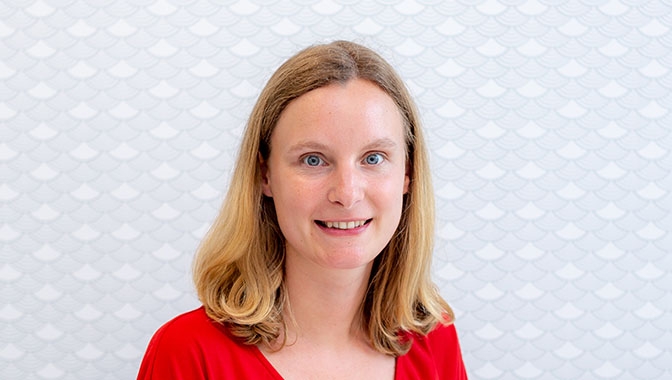 Katrien started her career in 2011 at BNP Paribas Fortis in Belgium, with a traineeship where she could explore all the different sides of retail, private and corporate banking. Afterwards, she decided to specialise in corporate banking and advised SME’s on different core fields.

Now Katrien is responsible of the Babilou nurseries in Belgium where she started as development manager in 2015 and became country manager in 2017.

She restructured the Belgian group after two big acquisitions, by changing the business model into subsidised nurseries. 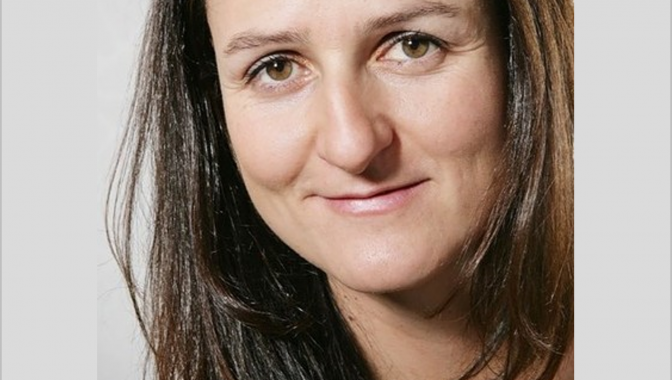 Sabine joined Babilou Family five years ago as HR Director for the Swiss market after having the same responsibilities at Novartis and the Swiss headquarters of MacDonald's. After a Bachelor's degree in Sociology, Sabine also obtained a Master's degree in Human Resources and successfully completed training as a business coach. 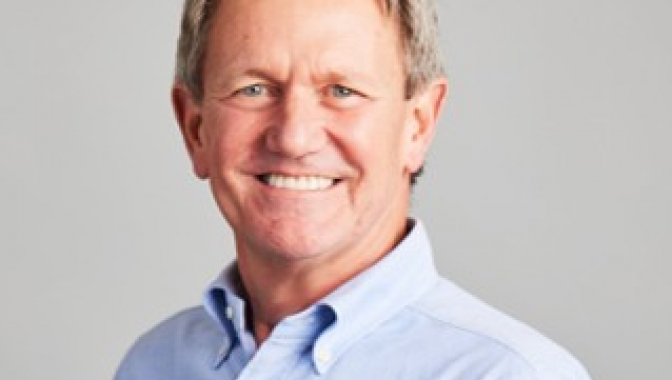 After years of successful work with premier child care companies such as Bright Horizons, David moved into childcare and management consulting, advising Private Equity and Investment Banks seeking expert guidance on the US childcare market. This is when he first connected with the Babilou Group in 2017 to support the Little Sprouts acquisition. After more than 2 years as a member of its Board of Directors and an organizational consultant, he was brought on as Chief Executive Officer of Little Sprouts, LLC in January 2021. 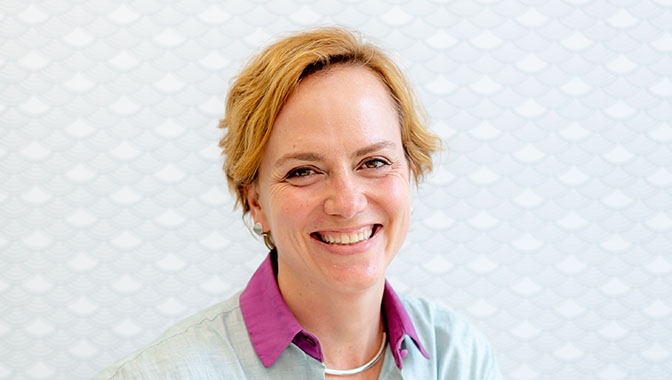 Isabel Segovia Ospina has a BA in History and International Relations from the University of Pennsylvania and a master’s degree in Latin American Studies from Vanderbilt University.

She was a candidate for the Vice-Presidency of Colombia, CEO of the Fundación Compartir and Vice-Minister of Education.

Today she is CEO of Inversiones Primera Infancia, where she promotes and develops early childhood programs. 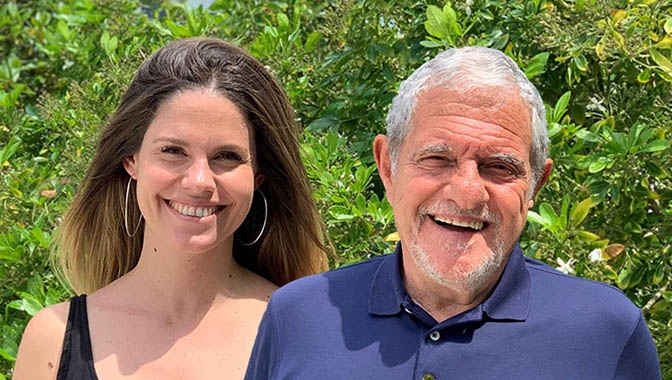 Elías is the founder and CEO of Jardines Maternales Diálogos and General Director of San Carlos Diálogos School. He has 50 years of experience in recreational activities for children, and has organized many Corporate Social Responsibility events and Early Years Education conferences.

Rocío is the HR and Operations Director of Jardines Maternales Diálogos. A graduate in psychology, she is Headteacher and General Director of the educational offer, and also responsible for coaching and training the staff at Diálogos. 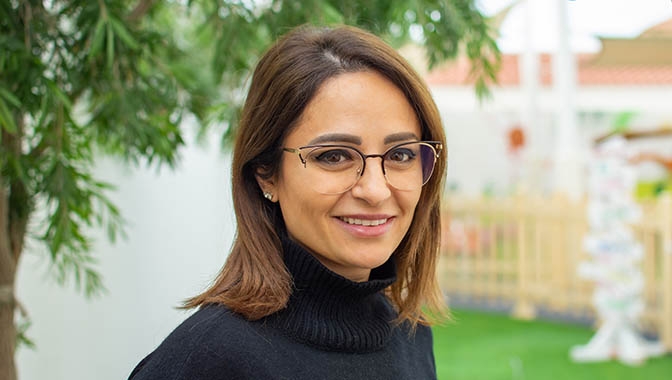 A true professional, she has an "anything can be done" approach to leadership. She drives the continual improvement of our organization by implementing efficient management techniques, new pedagogical approaches and cultivating an environment for top-quality early years education daily. 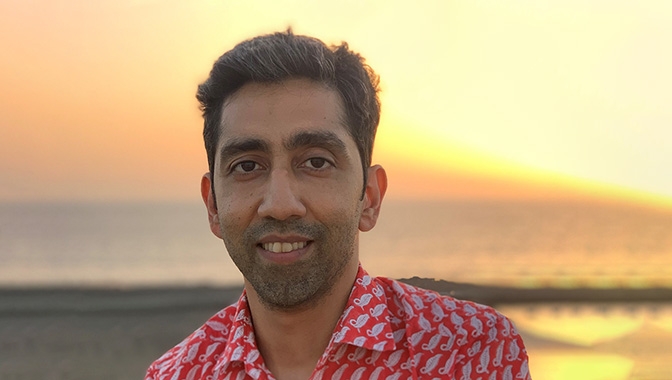 After a long stint in the corporate world spanning India & APAC, Nisheel tried his hand at entrepreneurship, developing a successful consulting business working with leading brands on their marketing, business growth and development strategies.

Nisheel was instrumental in helping Babilou enter the India & Singapore markets through M&A in early 2018, and later spearheaded studies on PPP childcare solutions in Fiji & Sri Lanka as a consultant for the International Finance Corporation in 2019.

The new country manager for India from April 2020, Nisheel will channel his passion for early years development and gender equality at the workplace to grow and develop Amelio, Babilou’s entity in India. 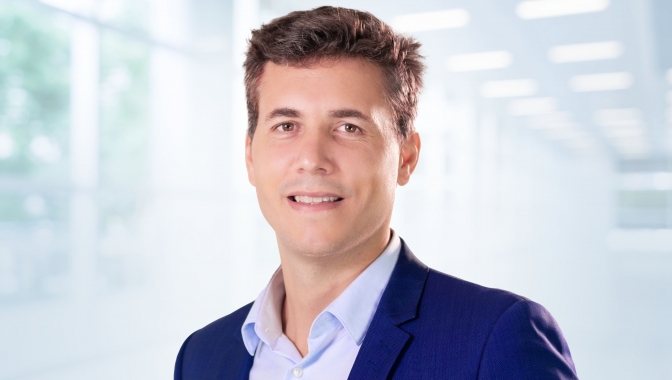 Benjamin, 39 years old and happy father of two children, holds a dual degree in AgroParisTech engineering and a master's degree from ESSEC. He started his career at Sodexo Group where he developed expertise in management & business development through different B2B & B2C activities, and in the Early Childhood sector at Creche Attitude company.

He joined Babilou Family in 2020 in order to scale the local organization and support the growth in Singapore and Asia.

We respect each other. We learn from one another. We grow together.

Our unique leadership style is based on genuine partnership. Each country is governed by a dedicated board comprised of key partners and representatives from head office. Together, we adhere to a strategic roadmap for sustainable development and a better world for all.

All our brands are unique, but we all grow together

At Babilou Family, our leaders and partners all share the same entrepreneurial DNA - and as a family-owned company, free from short-term ROI obligations, we can commit to an ambitious, long-term plan. We encourage all our partners to continuously improve their services and facilities, maintain the highest quality education standards and grow organically or through acquisitions. We drive their development while respecting their autonomy and identity.

Thanks to our strong financial backing, we are helping our family of entrepreneurs to grow :

If you share our share our values and vision, if you are ambitious and want to develop your educational organization to help contribute to a better world, we should talk.

If you share our values and vision, if you’re ambitious and want to help contribute to a better world, we should talk.

By capitalizing on best practices from around the world with our global presence, we aspire to play a better part to make a difference to each and every child's growing journey under our care.